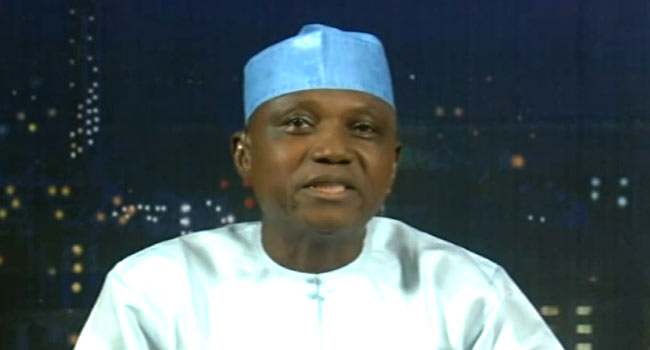 The Federal Government has reacted to a report by Human rights organisation, Amnesty International which accused the Nigerian security forces of abusing women and children taking refuge in Internally Displaced camps in the northeast.

A statement signed by the media aide to President Muhammadu Buhari, Mr Garba Shehu, on Thursday said the report is “inherently battling with credibility and falling vehemently short of evidential narration”.

In the report titled: They Betrayed Us, Amnesty International said after having survived the brutal rule of the Boko Haram terrorists, women and children have had to face further abuse by the military in exchange for humanitarian assistance.

Director of Amnesty International Nigeria, Osai Ojigho, described it as “absolutely shocking that people who had already suffered so much under Boko Haram have been condemned to further horrendous abuse by the Nigerian military.

AI had also accused civilian JTF members of taking advantage of hunger to coerce women to become their “girlfriends”, which involved being available for sex on an ongoing basis.

Some women and children were however said to have died as a result of acute hunger in the camps.

The presidency, however, believes that the report does not contain factual leads that could have laid the foundation for investigative actions.

Shehu said the findings were attributed to people but a proper description of such people constituting the source of information was not provided.

The presidency also accused AI of recycling the same information repeatedly as it is not the first time such information is being published.

It, however, admitted that the Military had established some cases of abuse for which appropriate punishment was given.

“Over this period of time, the Nigerian military had indeed established cases of abuse and punishments meted out from Orderly Room trials and Court Martials that resulted in losses of rank, dismissals, and trials and convictions by civil courts”.

The Presidency, therefore, restated its commitment to the protection of the human rights of all citizens.

It also said all cases of abuse and human rights violation will be properly investigated.

“Indeed as President Buhari said during his recent joint press conference with President Trump at the White House: “the government of Nigeria remains deeply committed to the principles of human rights, as well as promotion and protection of people’s freedom, even in the process of fighting terror.

“We commit to ensuring that all documented cases of human rights abuses are investigated, and those responsible for violation held responsible.”

Meanwhile, the Military has since reacted to the allegations, describing them as fictitious and malicious.

It denied all the claims, stressing that troops constantly sacrifice their lives in the fight against Boko Haram and other enemies of the country.

The Military, therefore, called on AI to “desist from cooking reports from time to time to demoralise the entire military system and nation as a whole”.