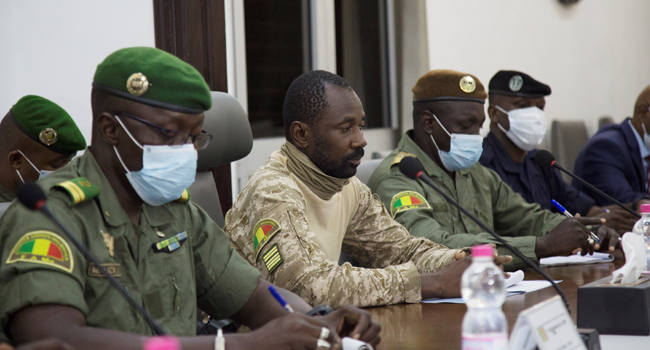 Talks between West African nations and Mali’s new junta ended on Monday without a deal on how the country should return to civilian rule following last week’s coup, the two sides said.

Separately, they also said that ousted president Ibrahim Boubacar Keita — whose return to office had been initially demanded by the regional bloc ECOWAS — no longer wished to resume duties.

The August 18 coup triggered shockwaves among Mali’s neighbours, fearing that one of the region’s most volatile countries would spiral into chaos.

ECOWAS — the 15-nation Economic Community of West African States — sent a high-level delegation to Bamako on Saturday, led by former Nigerian president Goodluck Jonathan, to press its demands for the “immediate return to constitutional order.”

The talks have focussed on the transition to civilian rule.

“There were discussions on both sides, given that at this stage nothing has been set down, nothing has been decided, and that as far as we are concerned, the final architecture of the transition will be discussed and defined by us,” said the junta’s spokesman, Colonel Ismael Wague.

Jonathan said: “We have agreed on a number of issues, but there are some issues that we have not agreed. So on those issues we told the military officers the thinking of ECOWAS and we asked them to go and review.”