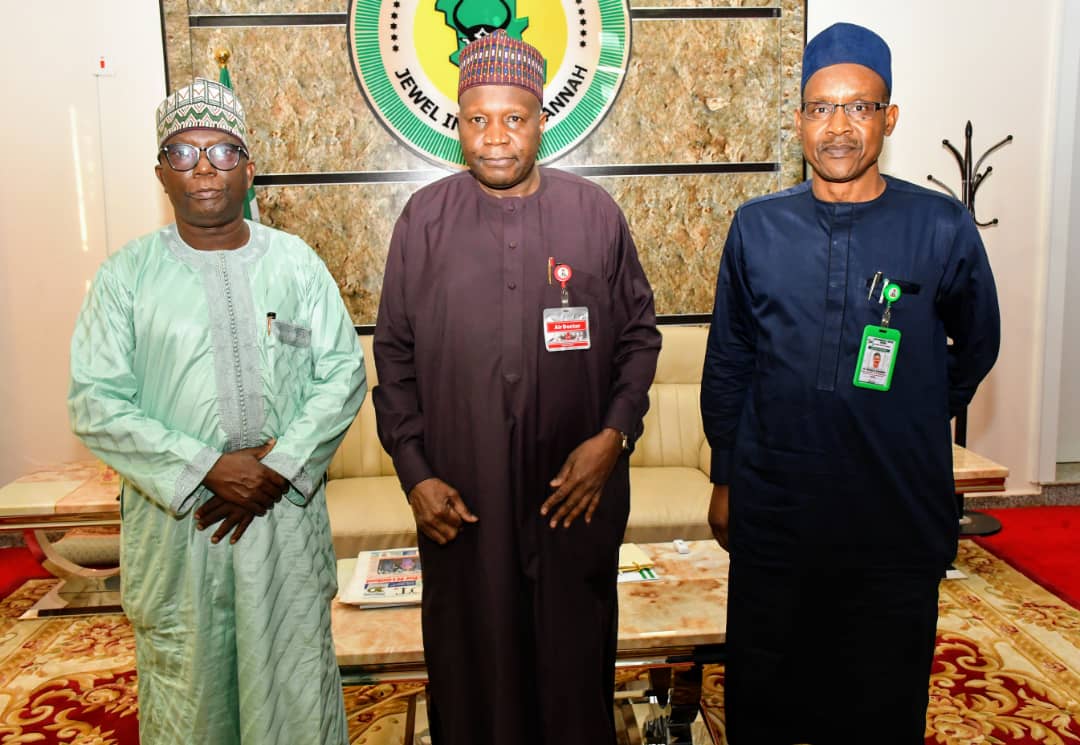 The National Coordinator of the Nigerian Erosion and Watershed Management Project, NEWMAP, Dr Salihu Dahiru says the project will soon embark on erosion control works at some major gullies in Gombe State.

Dr Salisu Dahiru stated this in a chat with journalists after a meeting with Gombe State Governor, Alhaji Muhammadu Inuwa Yahaya in Abuja.

He said NEWMAP came to consult with Governor Inuwa Yahaya in respect to project implementation in the State especially the control of monstrous gullies around the Gombe State University and the Federal College of Education (Tech) Gombe.

The National Coordinator of NEWMAP said in the last one, and half years Governor Muhammadu Inuwa Yahaya has put in so much effort towards addressing gullies in the State given the critical and devastating nature gullies can cause to the lives and livelihood of the people.

“His Excellency has done everything necessary to see that erosion is controlled in Gombe State particularly the monstrous gullies at the State University and Federal College of Education (Technical) Gombe, but for factors bordering around covid-19 restrictions and issues that have to do with the World Bank which provides the formal approval for project activities to take off, we are yet to commence implementation”.

He said Gombe State has met all the requirements necessary for the implementation of NEWMAP projects in the State through the payment of counterpart Fund, accelerated support for the Project Management Unit and linking up with approving levels and institutions within and outside the State.

Dr Salisu Dahiru said the erosion control projects which was supposed to have been executed some six months ago did not go down well with the Gombe State Governor, assuring the people of the State that work will soon commence now that the dry season is here.

“The Governor had to summon me to come and speak on behalf of the World Bank since no staff of theirs can do the engagement due to the covid-19 restrictions, so I came and explained to him that all the steps needed for the project to kick off have almost been completed”.

The National Coordinator of NEWMAP said the Gombe State Governor has since given them marching orders to ensure that men and materials move to site as soon as possible.

It may be recalled that in his determination to address severe gully erosion problems bedevilling parts of Gombe State, Governor Muhammadu Inuwa Yahaya had earlier released Five hundred million Naira as Gombe state’s counterpart to access funds from World Bank for gully erosion control project in the state under the NEWMAP to facilitate the process of addressing distressing gully erosion problems in the short term, reduce vulnerability to soil erosion and climate variability in the medium term, and promote long-term climate resilience and low carbon development in the state.

In effect, the project targets the controlling of major gullies ravaging some areas, including the Gombe State University, Federal College of Education (Technical), East of Gombe International Hotel – Behind Gombe State House of Assembly, Wuro Bajoga-Bogo and East of Kumo General Hospital – Jauro Tukur gully systems which were all approved by the World Bank.

NEWMAP is a state-led project, in partnership with the World Bank and is designed to support the drive to achieve greater environmental and economic security.
The project takes an integrated watershed management approach to erosion that will address the interlink challenges of poverty, ecosystem services, climate change, disaster risk management, biodiversity, institutional capacity and governance.