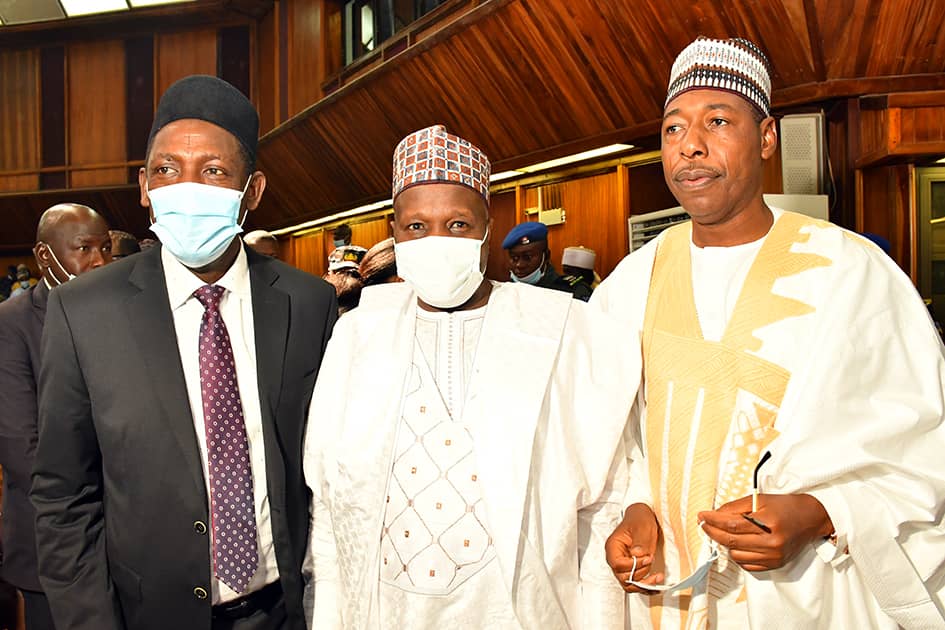 Earlier today, Gombe state Governor, Alhaji Muhammadu Inuwa Yahaya was at the Supreme Court Complex in Abuja where he witnessed the swearing-in of an illustrious son of Gombe, Justice Adamu Jauro and 7 others as Supreme Court Justices.

The Chief Justice of Nigeria, Justice Muhammad Tanko presided over the swearing-in ceremony.

In a congratulatory message, Governor Inuwa Yahaya described the elevation of Justice Adamu Jauro to the apex court of the land as a well-deserved one considering his wealth of experience both in the bar and the bench as well as his pedigree of hard work, discipline and selflessness.

He described Justice Jauro as a thoroughbred and an outstanding jurist with track records of good character and intellect as well as impeccable footprints in the nation’s judiciary.

The Governor congratulated Justice Jauro for being found worthy to take a seat at the apex Court and tasked him to continue to bring pride and honour to Gombe while assuring him of the support, solidarity and goodwill of the government and people of Gombe state.