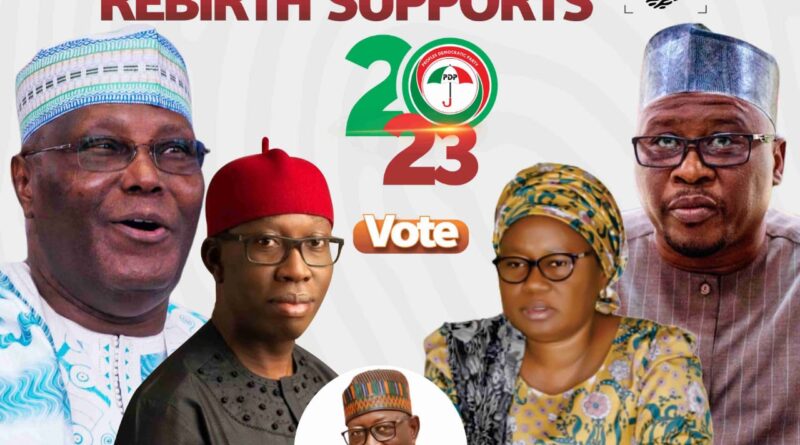 A group, Adamawa rebirth has congratulated Governor Umaru Fintiri of Adamawa state on his victory at the Supreme Court.

The Supreme Court on Friday affirmed Fintiri’s nomination as the candidate of the People’s Democratic Party in Adamawa in the 2023 election, putting to rest all disputes and controversies surrounding the state’s PDP governorship primary.

In a statement signed by the secretary of the group, Dr Mary Augustine on behalf of the chairman, also congratulated members, leaders and supporters of the People’s Democratic Party, PDP, on the victory.

He described the court ruling as a victory for democracy and the people of Adamawa, adding that it is a boost for Governor Fintiri to continue to deliver the dividends of democracy to the people of the State.

The chairman, Esv. Thomas T Madi said: “On behalf of Adamawa Rebirth, I congratulate Governor Umaru Fintiri, on his landmark victory at the Supreme Court.

I also congratulate members, leaders and teeming supporters of our great party, the People’s Democratic Party on this victory.

“Today’s judgement of the Supreme Court has finally laid to rest all disputes and controversies surrounding the Adamawa Governorship PDP primary election and validated Governor Umaru Fintiri’s victory in the exercise.

“This is indeed a victory for democracy and the good people of Adamawa State who freely gave Governor Umaru Fintiri the mandate to govern them for another term.

This will also serve as a boost for the Governor to continue to deliver dividends of democracy to his people,” Madi added.